Some weeks ago, there was a medieval fair  in my neighbourhood and a group of men came to show us how do they worked at the old forging. They brought  a furnace to melt the iron, an anvil and a huge collection of hammers and tongs and mesh gloves , leather aprons, and many other instruments. They worked hard to turn the formless iron bars in hoes and other farm tools. When the iron was hot, four or five of them began to  hammer with lot of strength. The rhythmic metallic sound filled all the square. The sound dominated over a very strange group that was making what they said it was medieval music all clothed in black, with their faces painted.

Lot of care with hot iron 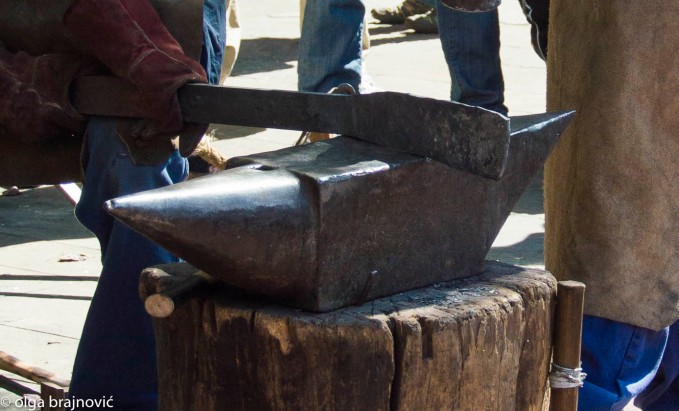 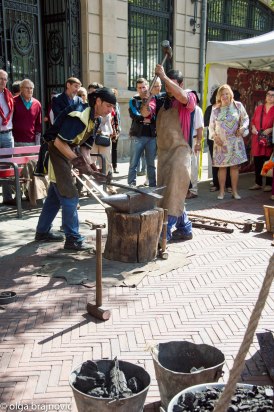