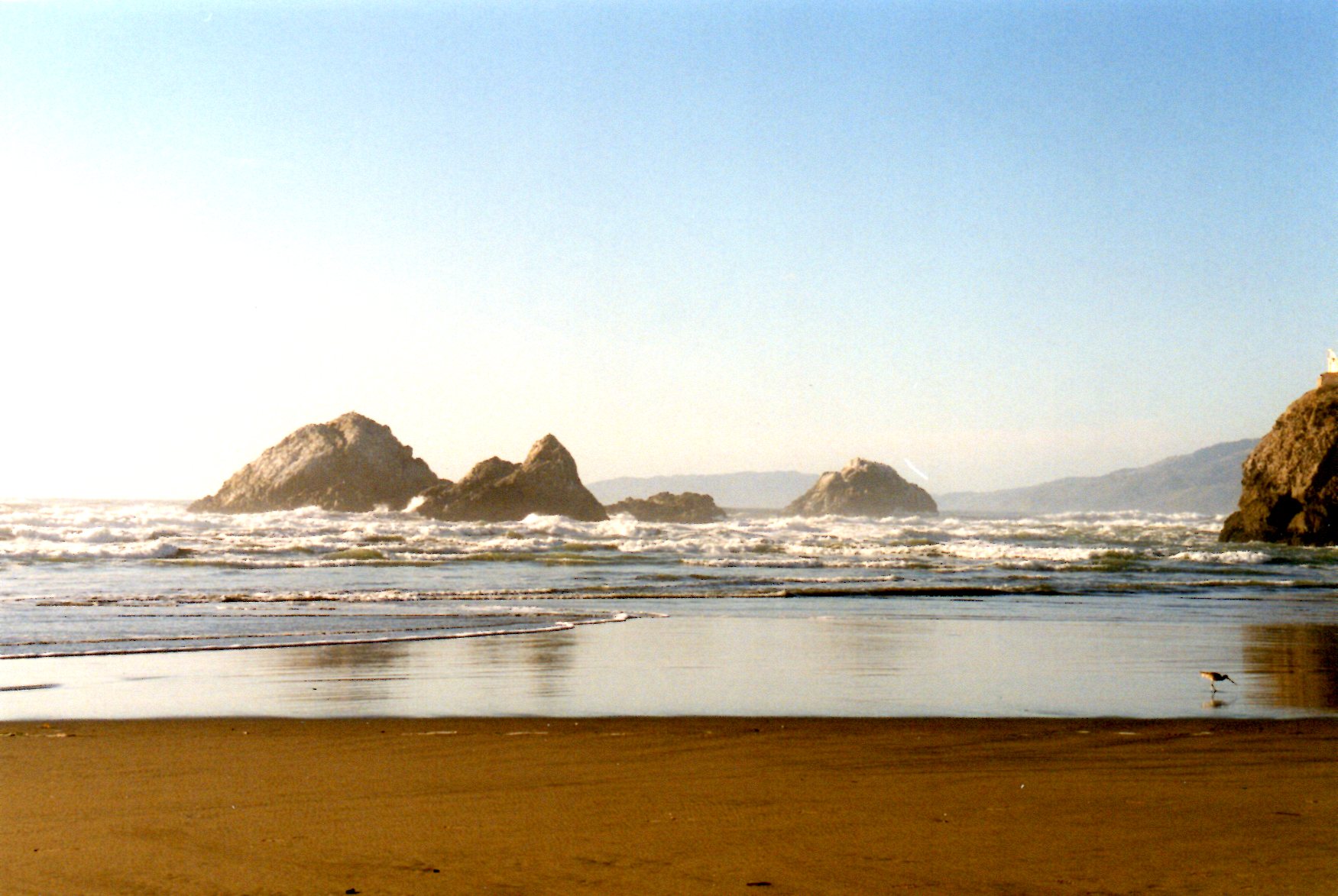 When I was in the deepest stage of my depression, my doctor said that I needed to put a distance between my workplace and me. So I packed my belongings and took a flight to the US, crossing the Ocean.

I began to work as a freelancer for a news agency in San Francisco, CA. My health began to improve. I no longer had the pressure of the newsroom and my bosses. In SF, nobody cared that I was an immigrant with a strange last name. I could do whatever I wanted without continuously been judged by some narrow social standards of a small and closed community. I felt free and gradually began to recover my optimism. Every day, before dinner, when I already had finished my work for the day, I used to take a walk on the Ocean’s Beach and watch the pelicans and seagulls and other sea animals. I enjoyed nature, and that was the best medicine for me.

But my father got seriously ill, and just when I received the green card, I found myself having to decide whether to stay or not so far away from him. He could die in weeks or months. The story of our family is pretty dramatic, and I couldn’t imagine not being at his side when he needed me so badly. So I decided to left the US and go back to Spain.

I had to earn money so I returned to my old job. My problems reappeared, and my health worsened to the point that I had to retire. A judge ruled incapacity to work and to drive. I couldn’t walk without the help of a stroller or crutches.

But I was with my father when he died, and I take care of my mom during her illness till the end. I’m proud to have done so because of the love involved, which I treasure in my soul.

What would happened if I had stayed in San Francisco?

I probably would be in better shape and still working as a journalist, driving a car, and feeling free and useful. My English would be better.

I probably would be in a better financial situation because I was better paid than here.

But I don’t care. I think I did what I had to do. I couldn’t fail to my parents, not after what they had done for us.

Last year I wrote a book about them and their ordeal during WWII and the years of the Communism dominance at the other side of the Iron Curtain. Their love prevailed over every challenge they faced: forced separations and persecutions. They deserved to have us with them at their last moments. So I think that despite my troubles, my decision was right. And if I would have been in the same crossway again, I would do the same.

In the featured Picture, the Ocean Beach of San Francisco

In an answer at Fandango’s Provocative Question: Have you ever had to make what turned out to be a life-changing decision? If so, do you ever wish that you could go back in time and make a different decision? What decision was that, and how do you think your life would have changed if you’d made a different one?FPQ

3 thoughts on “Love, health, and work”